In an effort to protect Green voters from potential exposure to COVID-19, Green Party of Pennsylvania in-person Presidential caucuses have been cancelled. The caucuses will take place online during April. Any registered Green may request an online absentee ballot no later than April 14 at the following link: https://www.gpofpa.org/2020_caucus_ballot. For a complete explanation of the online caucus process, visit https://www.gpofpa.org/2020_caucus.

“Earth Day, April 22, is important to members of the Green Party of Pennsylvania (GPPA, www.gpofpa.org),” said Chris Robinson, leader of GPPA’s communication team. “In past years, GPPA has held big events for Earth Day. I remember when we organized with our movement friends to hold Earth Day 2013 demonstrations at every regional office of the PA Department of Environmental Protection (DEP) because they were not protecting the environment from the fossil fuel industry.”

“This year,” continued Robinson, “PA Greens were prepared to celebrate the 50th anniversary of Earth Day by participating with the Youth Climate Strike Coalition, https://strikewithus.org/, in disrupting the fossil fuel industry’s business as usual. Due to the global pandemic, PA Greens are now organizing alternatives.”

“For the Green Party, Earth Day is every day,” said GPPA Recording Secretary Beth Scroggin of Chester County. “We recognize the existential crisis of climate change that we are currently facing as a planet, and we are the only political party that has the courage to address climate change head-on, willing to make the necessary changes, instead of fearfully pandering to the status quo and calling it ‘practicality.’"

“My years working in the Green movement are the culmination of a social justice spirit that I garnered from attending the first Earth Day with 60,000 others on April 22, 1970, in Philadelphia's Fairmount Park,” recalled Chair Doug Mason of the Green Party of Centre County. “We went to celebrate our planet's environment and raise public awareness about pollution. Many of the 20 million who participated nationwide went on, like me, to pursue careers in ecological advocacy or to engage in related political activism.

“The challenges on this 50th anniversary,” continued Mason, “include climate change, biodiversity loss and resource scarcity, and unfortunately, the policies of the duopoly fail to address such concerns adequately. Only the Green Party envisions a platform with planks that demand bold, immediate responses rather than the slow, incremental pace set by the two major parties. Ignore corporate green washing this Earth Day and join forces with a planet-wide political force that is our best chance of salvaging civilization and the rest of the biosphere. Register and vote Green in 2020 and beyond.”

PA Greens are now joining with Youth Climate Strike Coalition to ask organizers to no longer physically mass mobilize for Earth Day and to instead think critically and creatively about how to engage their communities in disrupting business as usual through different and new tactics.

Forced by the world-wide pandemic to move their Spring Convention online, more than 20 GPPA delegates from more than ten counties met on 3/22 via Zoom. They were joined by more than 15 observers. The attending delegates decided by consensus to cancel the Green Party in-person Presidential Caucus in April and to hold the caucus via online ballots. (See "Green Events" for more details.) The delegates also decided to endorse a declaration by the Lavender Caucus of the Green Party of the United States. The Lavender Greens had objected to the Declaration on Women's Sex-Based Rights, which was circulated by the Green Party of Georgia. Want to know more? Then contact your county's delegate to GPPA.

Reasonable people understand, the United States must be delivered from the grips of corporate dominion and placed back into the hands of popular democracy. What most of us don’t realize is that struggle has centered in the Rust Belt region of the nation. . . . The world’s former epicenter of steel production in the Greater Pittsburgh area has now become the main battleground in the long fight to reclaim the nation’s moral progress from the grips of corporate fascism. Evidence of the ideological right-wing shift was recently demonstrated by the Allegheny County Democrats. That party’s establishment embraced an extreme slate of anti-choice, anti-environment, and anti-healthcare candidates during an endorsement meeting in February.(show all) 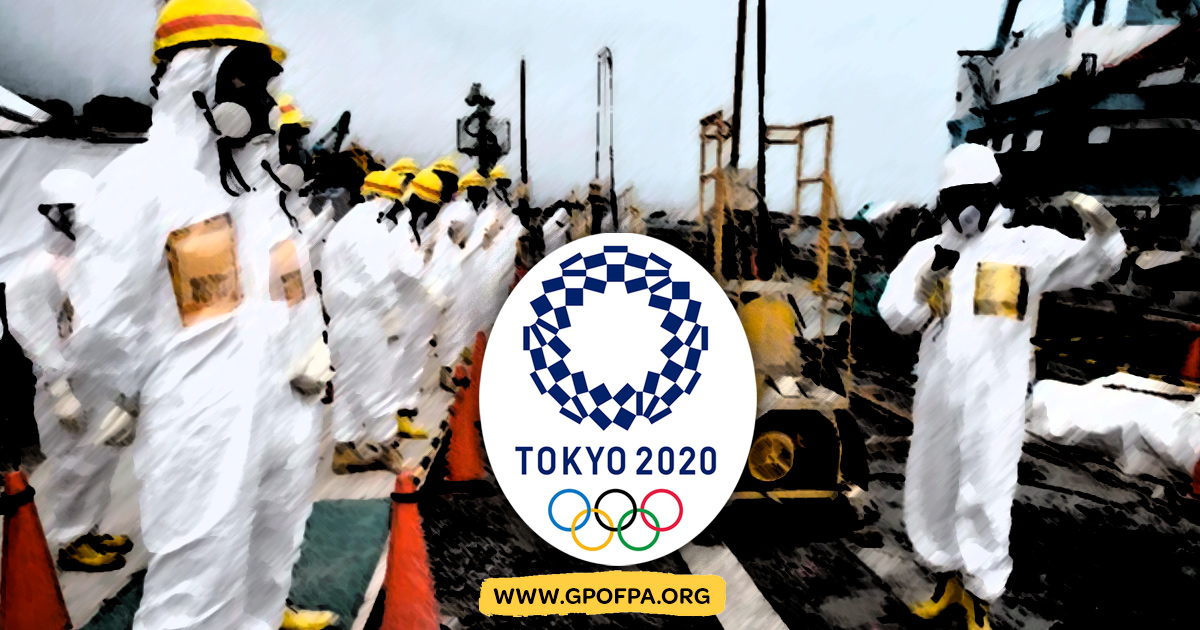 Garret Wassermann for PA Representative, District 45
Garret told GREEN STAR, “During March, I intend to work on some YouTube videos, blog posts, and letters-to-the-editor while we're inside. If you have any thoughts on topics for a post or video, or have a question you'd like me to answer, let us know, and we'll try to include your question in a future post or video!” For more information visit Garret’s campaign website: https://votegarret.org
or his Facebook page:  https://www.facebook.com/VoteGarret/

Jay Ting Walker for PA Representative, District 23
Jay told GREEN STAR, “I'm the son of an immigrant single mother. Like so many other single parent households, we were a working poor family. I was always the kid who loved reading and asked tons of questions. My politics developed in college with exposure to environmental activism and Democracy Now. I've been a strong believer in racial justice from an early age due to amazing public school teachers. This combination of a working class perspective, exposure to progressive values, and a strong sense of racial justice have led to who I am today.” Connect with Jay’s campaign. For more information visit his Facebook page:  https://www.facebook.com/JayTingWalker
or his website:  https://jaytingwalker.com

Tim Runkle for PA Treasurer
Tim told GREEN STAR, “In 2017, I ran for Elizabethtown Borough Council and Judge of Elections receiving 8.5% of the vote in the three-way race for Borough Council and winning the Judge of Elections office. In 2019, I won the Elizabethtown Tax Collector election through a write-in campaign. I chose not to assume the office.” Tim is chair of the Green Party of Lancaster County and treasurer of GPPA.

Richard L. Weiss, Esq. for PA Attorney General
Richard told GREEN STAR, “I was born in Pittsburgh. I have worked as an attorney for the Federal Government in Washington, DC, at the U.S. Agency for International Development (USAID), and in Indonesia on financing for development projects. While in Indonesia, I had the privilege of working on financing for the Sarulla Geothermal Power Project on behalf of the project company. Sarulla, in North Sumatra, is the largest geothermal project in Indonesia and one of the largest in the world.” Richard, a PA attorney since 1992, is a delegate to GPPA from the Green Party of Allegheny County.

The Green Wave Team has received the ballot access forms from the state and is now distributing to organizers across the state! We invite you to join our organizing teleconference call at 8pm on the 2nd and 4th Wednesday of each month to learn how you can help start petitioning.

Sign up HERE to receive call info or email for more information! 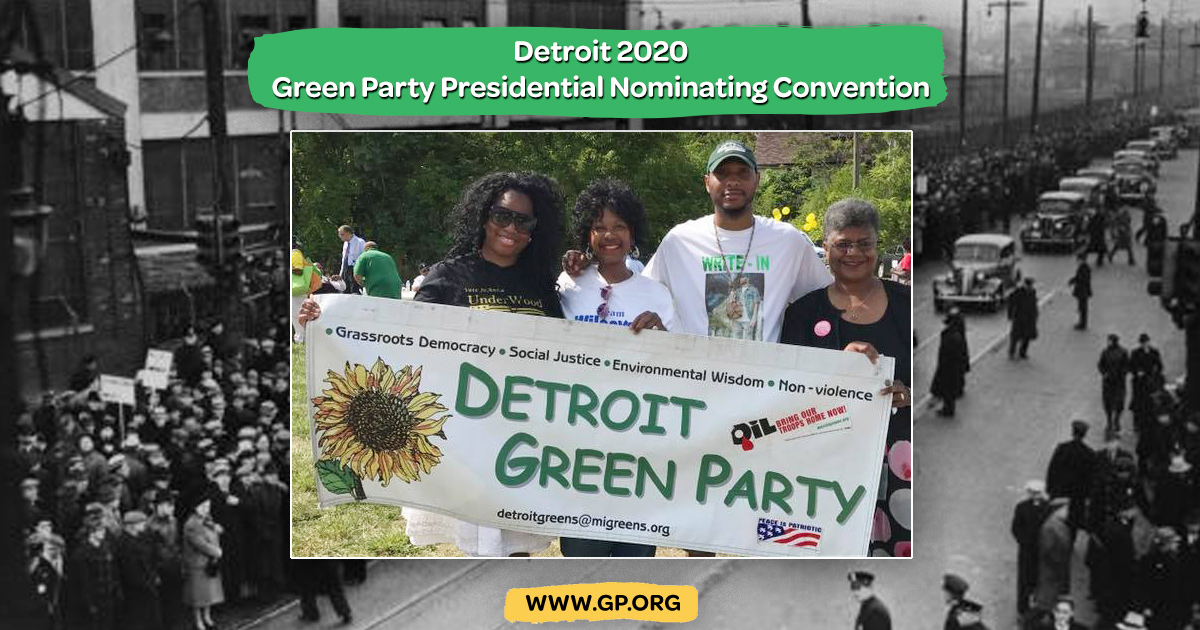 Although many conferences and gatherings have been cancelled due to the COVID-19 pandemic it seems the National Green Party Conference coming up in July is still on. You should check the Web site regularly though because it appears we may be in for a very long period of the new normal.

U Buffalo student Green discusses their decision to stay Green

The problems with being a Green Party member and why I don’t plan on changing parties.  (show all)

“Turned 18 today and was suddenly transformed into an informed, responsible, politically engaged, member of society. I'm a completely different [sic] person to yesterday and fully understand why we picked the arbitrary age of 18 as the point where our system decides your voice has worth.”  (show all)

How can the Green Party build relationships with the farming sector? A question US Greens should be pondering as well.  (show all)

If you have ever lived or visited Germany then you know how sacred their no speed limit autobahns are. Green push for autobahn speed limit fails in Bundestag.  (show all)

A non-binary astrophysicist named Amita Kuttner has announced they’re running to be the next leader of Canada’s Green Party.  (show all)

MARK YOUR CALENDAR: PA Green Party Presidential Caucus
The PA Green Party Presidential Caucus will take place online during April. No later than April 14, any registered Green may request an online absentee ballot here, https://www.gpofpa.org/2020_caucus_ballot. This is a complete explanation of the online caucus process, https://www.gpofpa.org/2020_caucus.