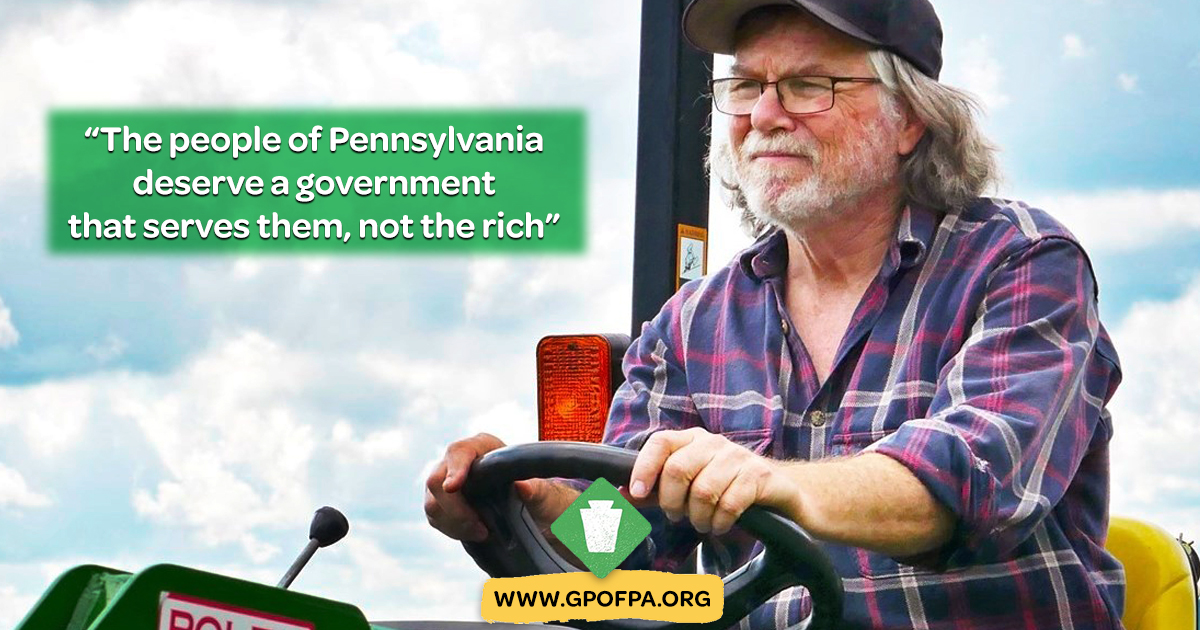 Michael Bagdes-Canning announced that he will seek the nomination of the Green Party of Pennsylvania (GPPA, www.gpofpa.org) for the office of Lieutenant Governor of Pennsylvania.

Bagdes-Canning is a husband, father, and grandfather living in Cherry Valley Borough, Butler County, where he has held elected office for 33 years. He is currently Mayor. He is a retired teacher. Bagdes-Canning spent almost 36 years in the classroom, the last 29 teaching delinquent and dependent boys. He was a union member throughout his working life, serving as president, vice president, and building representative in his local. Since his retirement, Bagdes-Canning has been an organizer in the fracking / climate fight locally, statewide, and on the national level. He serves on the board of several community organizations and is a cofounder of Marcellus Outreach Butler (Butler County), a cofounder of the Better Path Coalition (PA), and works with Beyond Extreme Energy (national).

In the latest United Nations Intergovernmental Panel on Climate Change (IPCC) report, scientists said the planet is overheating and that exceeding 1.5 degrees Celcius, which appears likely on the current trajectory, would have devastating effects, from harming food production to further intensifying wildfires.

“After reading the most recent IPCC Report and hearing the totally inadequate response from our local, state, and national leaders to its findings, I could no longer sit by. Using the invasion of Ukraine as a pretext for more drilling, more pipes, and more export facilities is madness,” said Bagdes-Canning. “We can’t afford that kind of misleadership.”

Bagdes-Canning is also running to end corruption. “Our political system isn’t broken. It functions exactly the way the two corporate parties and the 1% want it to. Our government is for sale to the highest bidder.”

Bagdes-Canning has called for a gift ban, an end to the per diem, and an end to partisan gerrymandering. “These are highly popular reforms, but neither party has acted on them. Why would they? Both parties collude with the 1% to run things. That’s why politicians serve the people who  bribe them and not the people who elect them.”

Bagdes-Canning said he will work with other Greens seeking office. “Our plans will reflect the interests of the poor and working class of Pennsylvania. I’m thrilled to be running with fighters. The people of Pennsylvania deserve a government that serves them, not the rich.”

If you would like to join Michael Bagdes-Canning’s campaign for PA Lt. Governor, please contact 724-431-8560, [email protected].