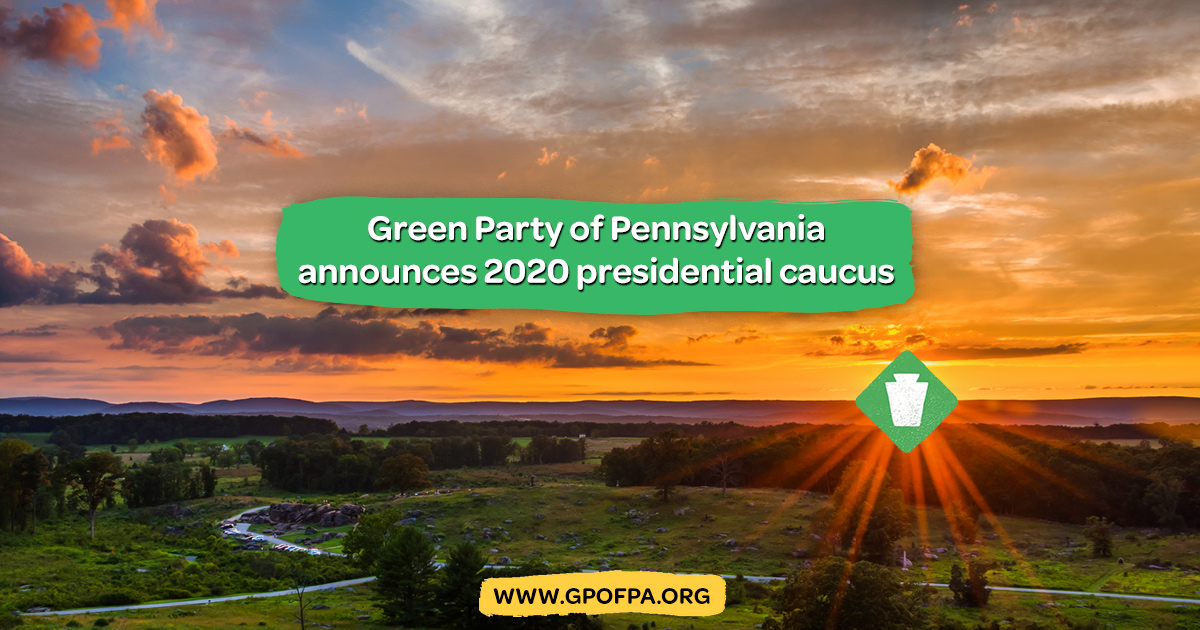 Currently, there are seven candidates seeking the Green Party nomination for President of the U.S. They are Howie Hawkins of New York, Dario Hunter and Dennis Lambert of Ohio, Sedinam Moyowasiza-Curry of California, David Rolde of Massachusetts, Ian Schlakman of Maryland, and Chad Wilson of Tennessee.

"The Green Party's decentralized yet unified caucus process is driven by our local membership,” said GPPA Spokesman Tim Runkle, chair of the Lancaster County Green Party. “It ensures that our Presidential nomination will be made in a democratic and participatory manner. Our Presidential Caucus is a true demonstration of grassroots democracy. Completely self-funded and organized by our volunteers, we invite all Pennsylvanians to join us as Green Party voters. Together we will create a real alternative to the corporate party system."

GPPA will hold a Presidential Forum for interested candidates at their spring meeting in Harrisburg, PA, on March 21.