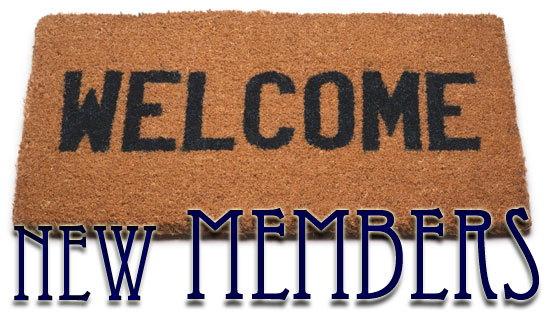 CONTACT:
Tre Schumacher
[email protected]
Chris Robinson, Communication Team
215-843-4256 and [email protected]
PA Greens Welcome Bernie Supporters
By Tre Schumacher.
Senator Bernie Sanders (I-VT) announced the suspension of his presidential campaign on April 8.  Sanders had run an innovative campaign, largely self-organized by a diverse network of local activists. The campaign allowed Sanders to bring issues to a national stage from a different perspective than other major candidates and inspired millions of voters.  Joe Biden and the Democratic Party have fundamentally different values than Sanders. The Green Party of Pennsylvania (GPPA, www.gpofpa.org) offers a new home for registered Democrats who are now disenfranchised by the Democratic Party but would like to continue the progressive activism that Sanders’ campaign engaged with.

The Green Party has drafted and pushed progressive political ideas into the mainstream. Certain ideas that Sanders adopted — such as a Green New Deal, paper ballots, banning fracking, a living wage, universal healthcare and legalizing marijuana — have been long standing policies of the Green Party.
The Green Party is the fourth largest party in the U.S. and one of the major challengers of the American political duopoly, i.e., the Democratic and Republican Parties. Like Sanders’ campaign, the Green Party does not accept corporate or billionaire money.
The Green Party is built on Four Pillars:(https://www.gp.org/4_pillars) ecology, peace, social justice, and democracy, and Ten Key Values (https://www.gp.org/ten_key_values_2016) — ecological wisdom, grassroots democracy, social justice and equal opportunity, nonviolence, decentralization, community-based economics, feminism and gender equity, respect for diversity, personal and global responsibility, and future focus and sustainability. These values have been guiding a rapidly growing, worldwide movement for the past four decades.
The Green Party is managed as a bottom-up confederation of local chapters making it democratic and decentralized. Although registered Democrats might not be able to have a voice in the Democratic Party, they can have a voice if they join the Green Party.
People may feel disenfranchised right now and want to vote for a candidate who aligns with their convictions. The Green Party of Pennsylvania is extending its registration deadline to vote in the GPPA Presidential Caucus until April 13, welcoming newcomers into the party, making sure they are not disenfranchised again.  After April 13, voters may still register Green, but they cannot vote in the GPPA Presidential Caucus.  Registered Greens can request a caucus ballot until April 14.
The Green Party — an established U.S. party whose platform has been democratically amended for years — offers people a political voice, if they want one. Those who continue to be inspired and who are not interested in remaining associated with Biden, the Democratic Party, or their platform, which includes the police state, hand-outs to the fossil fuel industry, and deficit spending on war, can extend their work within the Green Party. If you have been disenfranchised by the Democratic establishment, you can make a difference in American politics by registering Green, voting Green, and getting in contact with your local Green Party chapter.
To vote in Green Party presidential primaries, register Green by April 13 and request a ballot for the
GPPA Presidential Caucus by April 14.
Register Green Party here: https://www.pavoterservices.pa.gov/Pages/VoterRegistrationApplication.aspx;
Request a Green Party Presidential ballot here: https://www.gpofpa.org/2020_caucus_ballot;
2020 Green Party Presidential candidates here: www.gp.org/2020; and
Green Party Platform here: https://www.gp.org/platform.
Tre Schumacher is a member of the Green Party of Pennsylvania steering committee and recording secretary of the Green Party of Philadelphia. The
Green Party of PA (GPPA, https://www.gpofpa.org/) is an independent political party that stands in opposition to the two corporate parties. For further information about GPPA, please visit www.gpofpa.org or email [email protected].  Please follow GPPA on social media: Facebook and Twitter.
END ITEM      *** END ITEM      *** END ITEM
Do you like this post?
Tweet