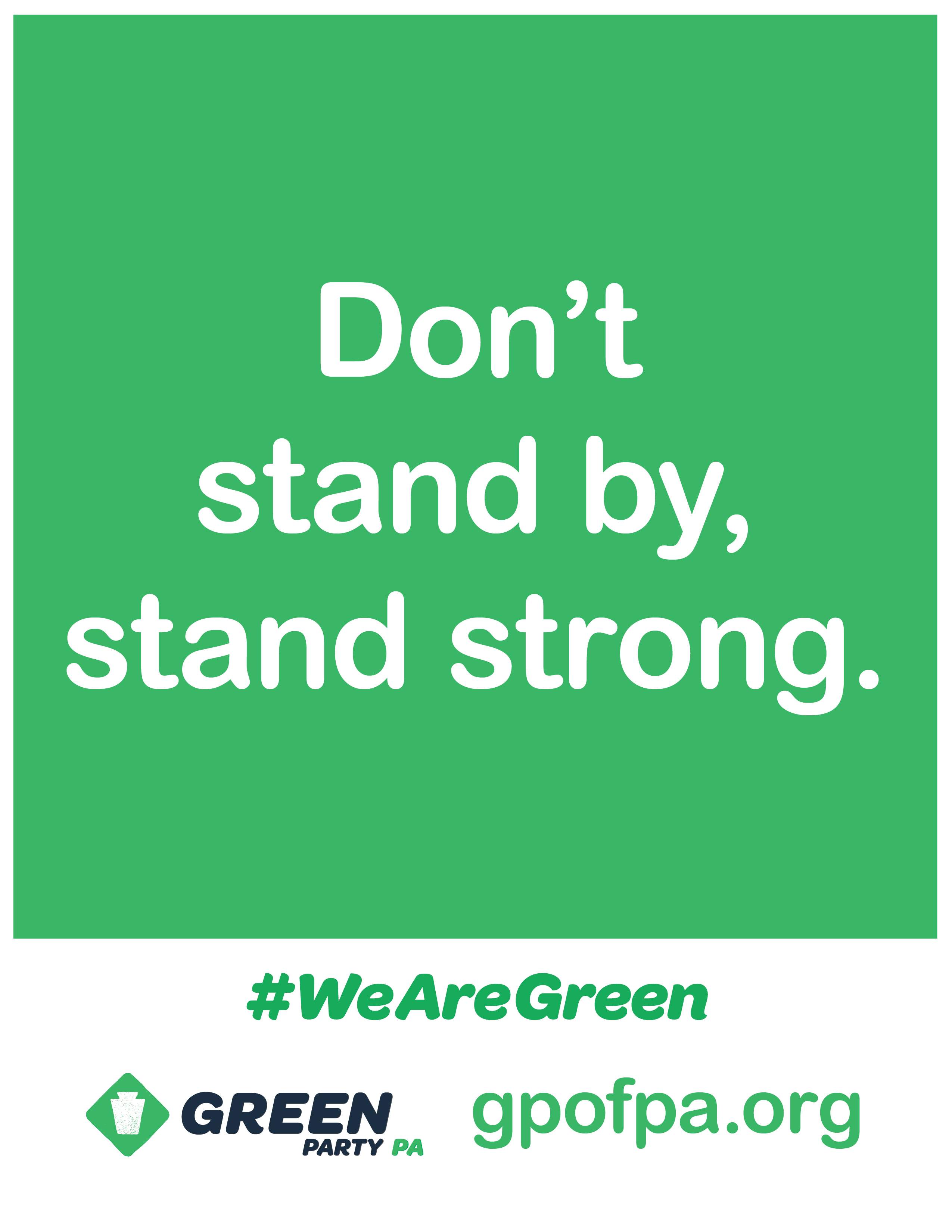 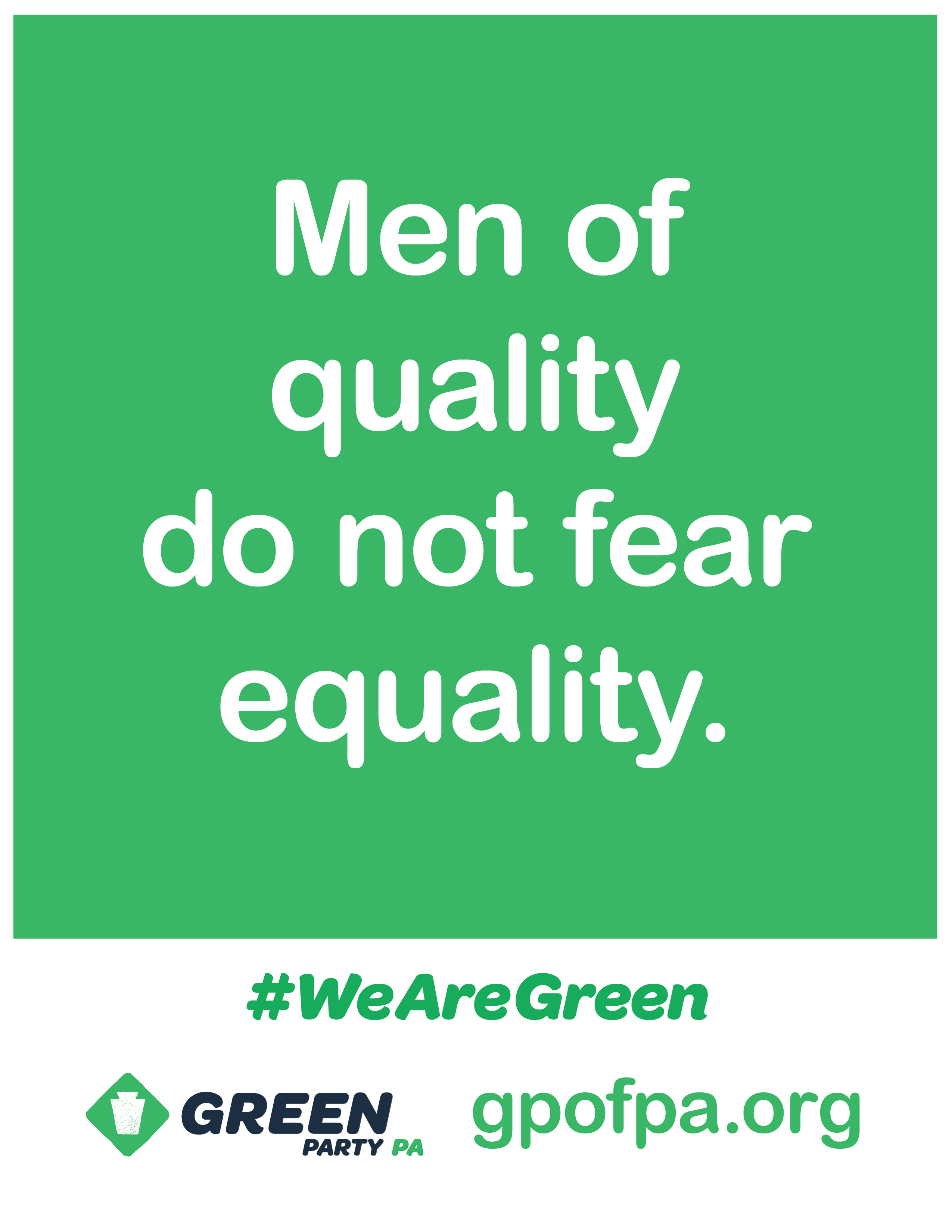 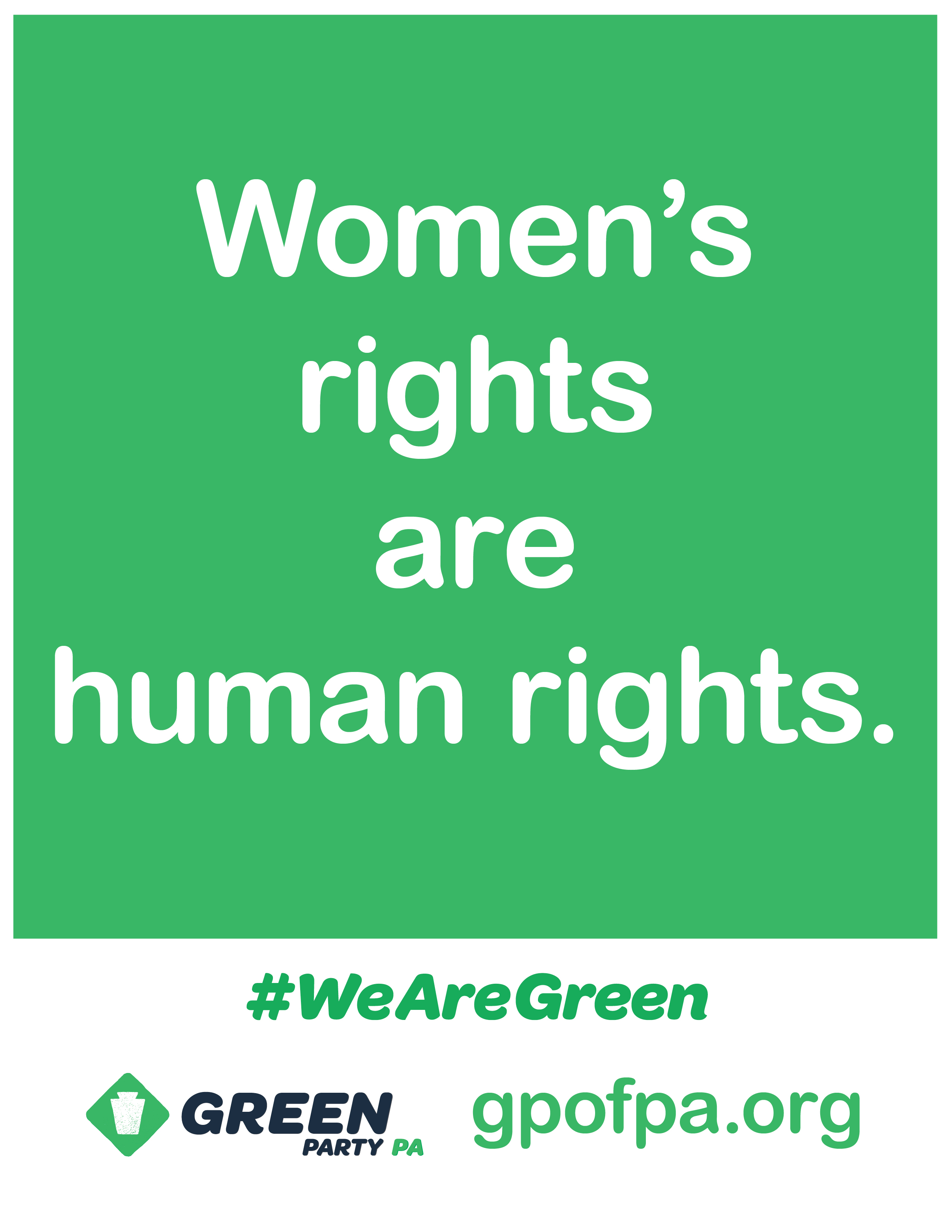 When citizens and activists take to the streets for the Women’s March in Philadelphia on Saturday, the Green Party will proudly be among those participating. Greens plan to assemble on the Ben Franklin Parkway, and the party is applauding the spirit, and mission, of the action.

“The self-empowerment of American women is a beautiful and a transformative movement that’s emerged, despite the very troubling backdrop of our country under Trump. There is no doubt that this administration has made clear the urgency of a new approach to politics, but the need is longstanding, and long overdue,” said Kristin Combs, Chair of the Green Party of PA. “The Mission Statement of the Women’s March (https://www.womensmarch.com/mission/) is very reflective of the Green values we promote everyday. The call for mobilization of diverse communities, within those communities, is as Green as it gets. The demand for justice, building new structures, embracing diversity, ecology and civil rights, with local non-violent action is exactly what the Green Party has been about, since our founding.”

"This march, one year after the largest demonstration of women to come together in cities and states all over the country, is a reminder that we will not be silenced. Once again we come together in solidarity to remind elected officials that we hold them accountable in recognizing we have a voice in decisions that affect our everyday lives." says Adrienne Morgado, Bucks County Green Party candidate for the 178th District Special Election in May.

The Greens have chosen to highlight Philadelphia following the Special Election for State Representative in the 197th District, held in March, 2017. The election, which included Green Party candidate and community activist, Cheri Honkala, was wrought with accusations of vast election fraud. Honkala and her Republican opponent have a Federal lawsuit currently pending on such issues. In the autumn of 2017, Pennsylvania Attorney General, Josh Shapiro filed charges against an entire election board in Philadelphia for election impropriety, as well. “An immediate need that women can step up to plate on, is learning and serving on election boards in your home precinct. Voting rights and civil rights go hand-in-hand,” said Honkala. “Since the cornerstone of this march is political action, the need for integrity and voting justice is as important as our advocacy on issues. We can’t have non-violent change, if we can’t trust our elections,” she said.

Pennsylvania is one of three states where Jill Stein attempted a recount following her presidential campaign. Stein, also, has a pending Federal lawsuit which directly challenges the state’s predominantly paperless voting equipment. The suit also zeroes in on the extremely difficult process of requesting recounts in Pennsylvania. The PA Greens, along with other third parties, have won significant victories on ballot access, as a result of constitutional challenges, including lowering the once vexing standard for qualifying candidates for the ballot.

Greens fight for social justice and equality everyday. With Feminism as one of our core values, we must continue in our fight united to gain momentum and help lift more progressive women into elected offices.

March on Saturday and be seen being Green!

Easily to print your own.  Print more then one and give them out!

You can print these provided .pfd files / graphics direcly! 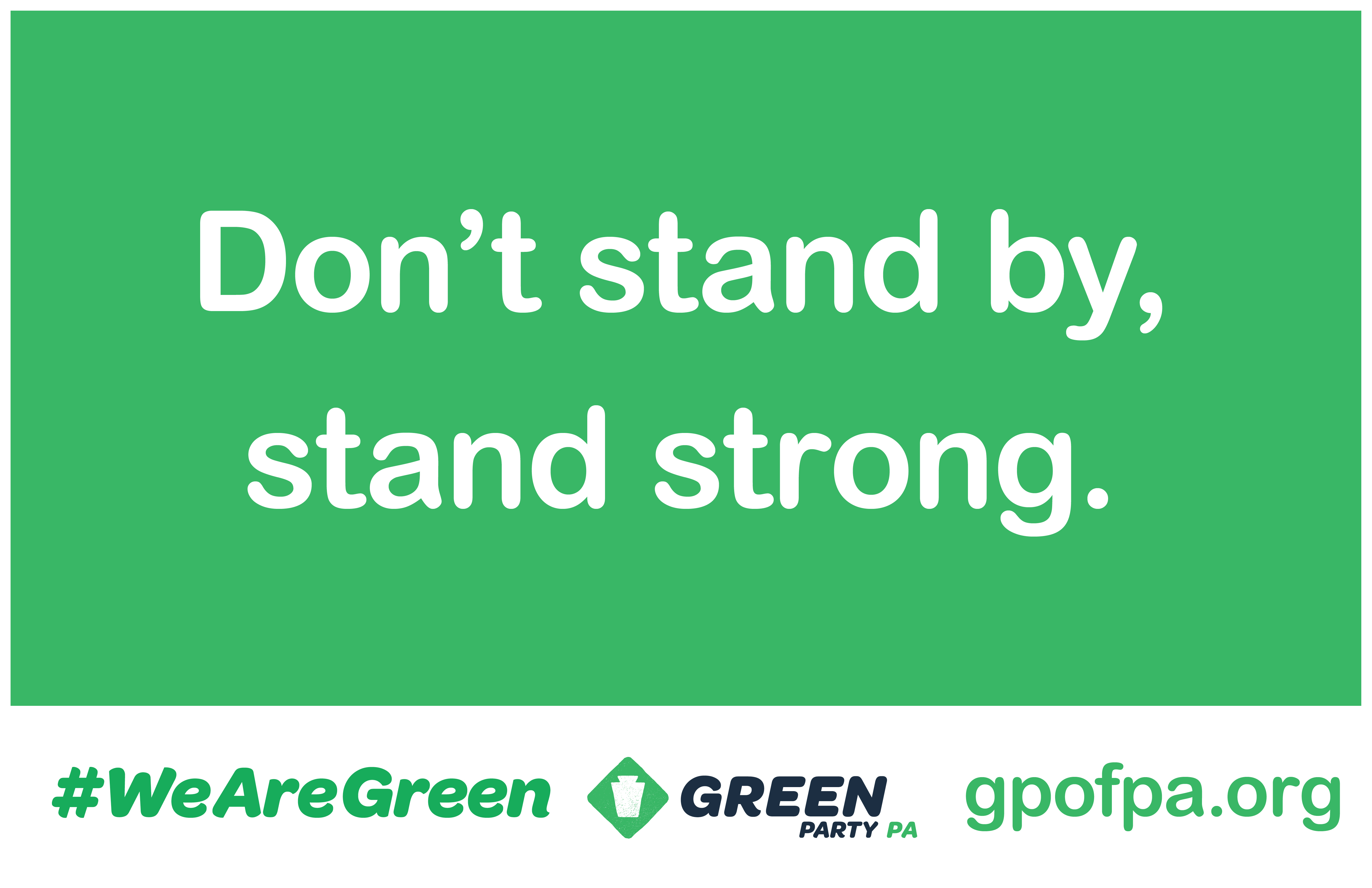 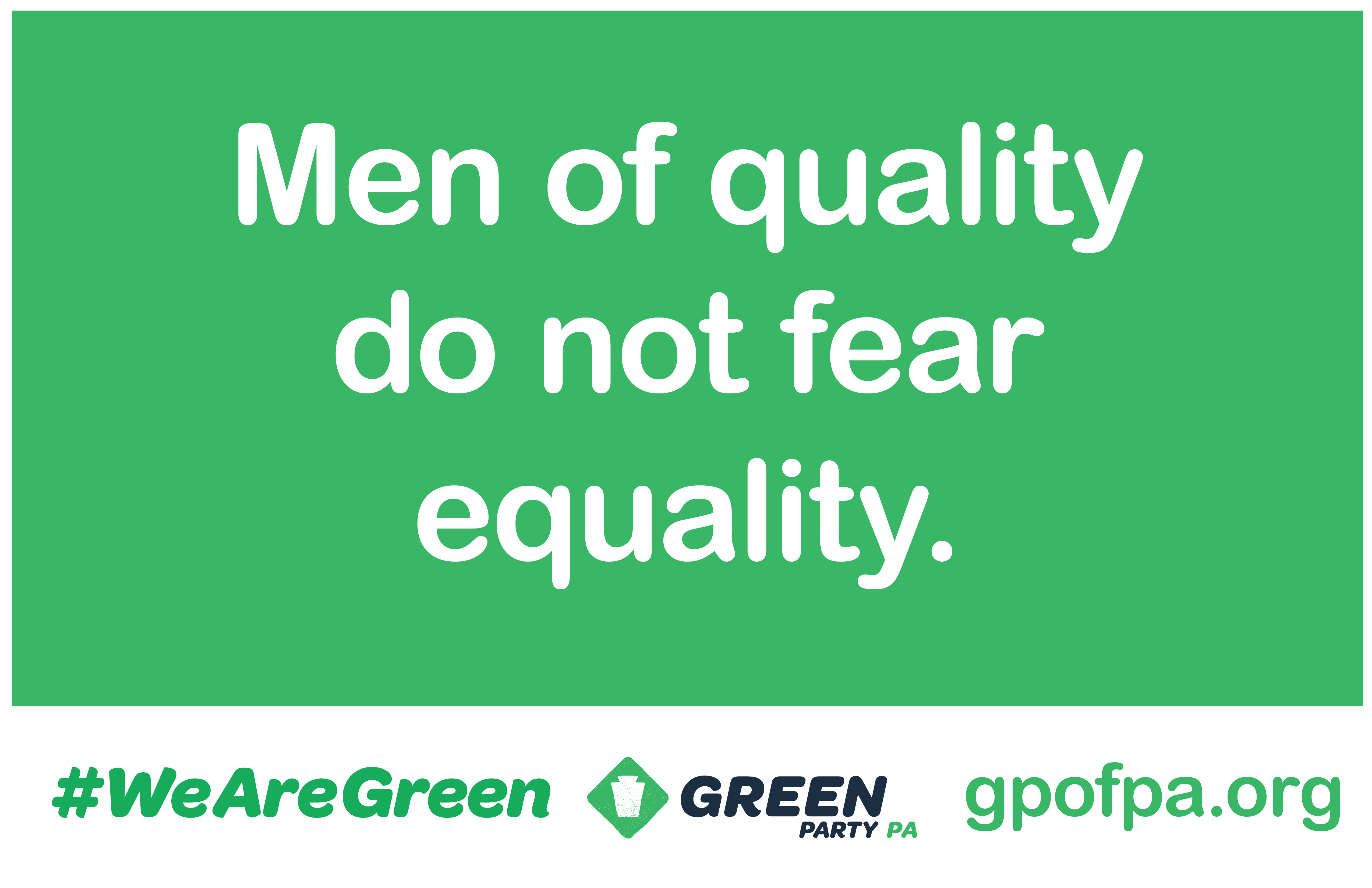 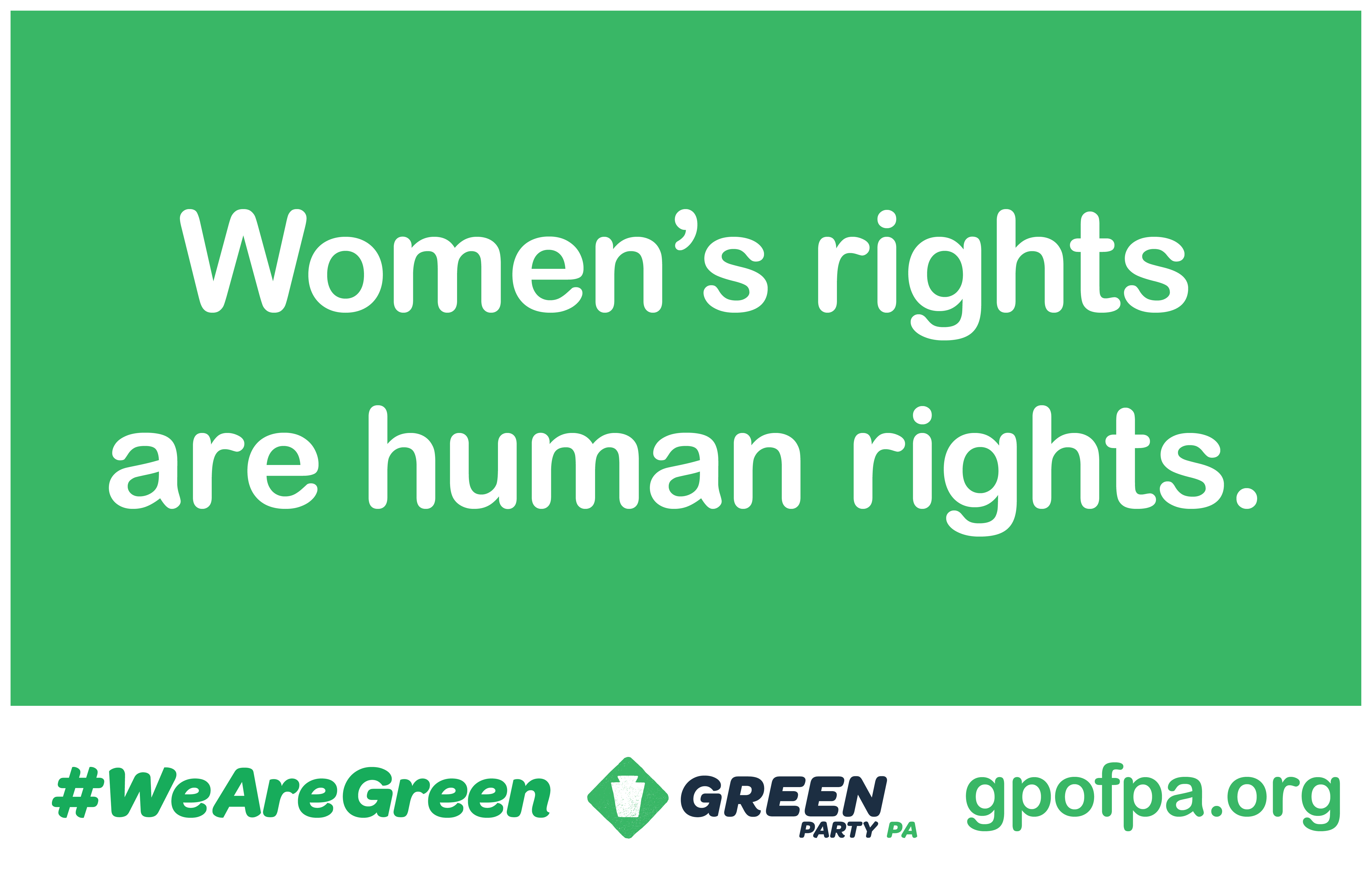 The old courthouse on the square