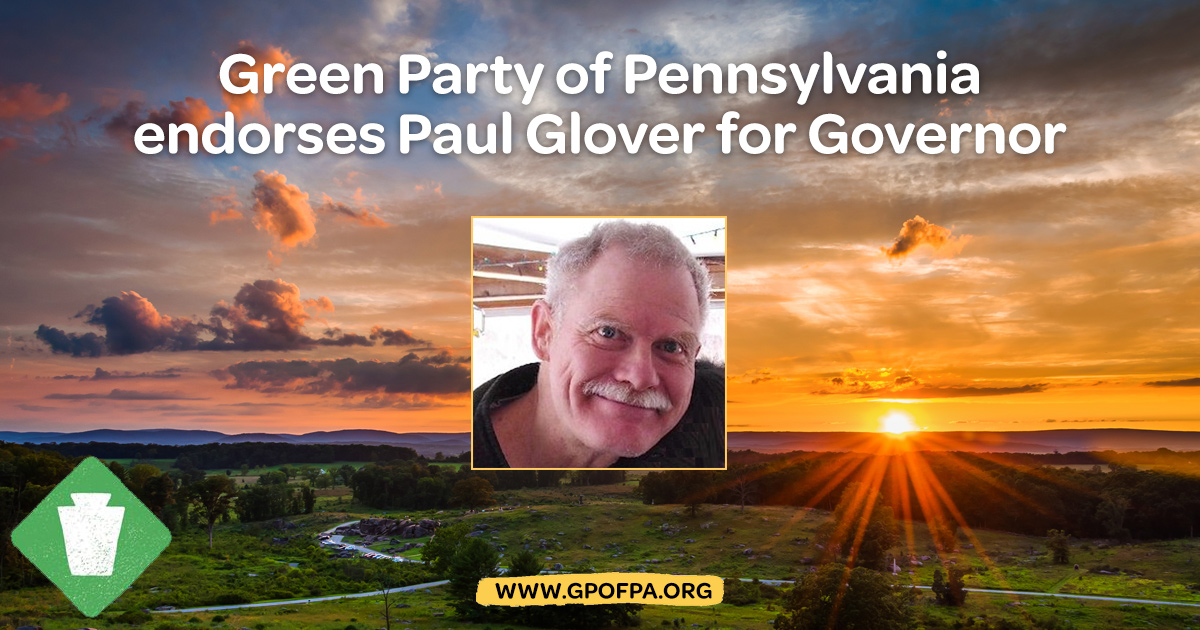 The Green Party of Pennsylvania (GPPA) endorsed Paul Glover as candidate for Governor at their state convention on March 18. A resident of Philadelphia, Glover is a long-time social entrepreneur who has founded 18 campaigns for ecology and justice. He has authored six books on community power and previously taught urban studies at Temple University and ecological economics at Philadelphia University.

Central to Glover's campaign will be support for a statewide Medicare for All bill (HB 1688). A long-time champion of medical co-ops, Glover will advocate for complete reform of the Pennsylvania Insurance Department, which he says "hobbles our middle class by protecting a profitable health insurance industry." His book A Crime Not a Crisis details "decades of a revolving door between regulators, legislators and insurers that makes health care costly."

In keeping with the Green Party's environmental platform, Glover calls for a complete ban on fracking, which he says "poisons the future." In lieu of continued dependence on fossil fuels, he will advocate for the creation of a Green Labor Administration responsible for creating 500,000 jobs in PA, as detailed in his book Deep Green Jobs.

For more information about Paul Glover's candidacy visit paulglover.org/governor.issues.html. To volunteer with the Paul Glover Campaign for Governor of PA, please visit gpofpa.org/ballot_access.