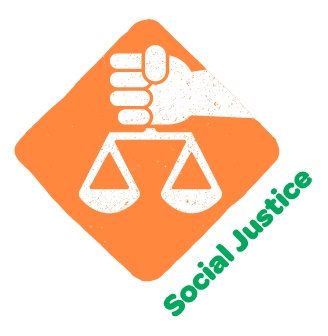 An injustice is an undeserved mistreatment through lack of fairness, bias, exploitation, or neglect that often results in harm to an individual. Whether enacted through malicious intent or by inadequate legislation, injustices must be exposed and addressed to ensure that the rights of all peoples are protected and valued.  Wrongful convictions have lifelong consequences. When wrongful convictions occur, the failure of the courts must be identified and the rights of the innocent fully restored.  The Pennsylvania Post Conviction Relief Act (PCRA, 42 Pa.C.S.A. § 9541) is one such example of an injustice perpetuated by the court systems in Pennsylvania.

Collateral consequences are mandated penalties attached to criminal convictions which remain in place after the term of one’s conviction expires. In the example of a felony conviction, collateral consequences may be the loss of rights to possess a firearm, to hold public office, or to serve in the military. They may result in the loss of parental rights, restrictions of employment, deportation, or lifetime registration as a sex offender. Beyond state mandated penalties, the existence of a publicly available criminal record has damaging consequences as many landlords, employers, or acquaintances can review the sentence but frequently will not inquire the circumstances.

The Collateral Consequences Doctrine allowed Pennsylvanians to challenge their wrongful convictions after they were released from incarceration, fully expunging their criminal record and restoring their rights. The Collateral Consequences Doctrine was replaced by the PCRA which is intended to provide the accused with a means to appeal a wrongful conviction. However, the PCRA includes unjust provisions that cause the accused to suffer the collateral consequences of their sentence even if new evidence is discovered which proves their innocence. This is because under the PCRA one cannot challenge a wrongful conviction unless still incarcerated, on parole, or on probation. In the eyes of the courts the standing to bring new evidence before them is moot when the accused is no longer in custody.

Furthermore, the PCRA encourages misconduct by police, prosecutors and judges who can exploit its limitations to bring new evidence forward only during the term of incarceration. A wrongfully accused person who seeks out a plea deal or bargain to reduce sentencing time experiences irreversible restrictions in their ability to exonerate themselves and escape collateral consequences. Meanwhile corrupt public servants are ensured that their malpractice is buried in a legal loophole.

Previous efforts to amend and correct the deficiencies of the PCRA were left to lay on the table in the legislature. Senate Bill 1261, put forth by Senator Greenleaf (PA12) never saw a vote during the 2015-2016 General Assembly. Instead it was passed for further debate in the District Attorney’s Association and Pennsylvania Innocence Project. Fortunately groups like the Pennsylvania Bikers for Justice have been diligently working to inform the public of this failure in democracy.

Senator Greenleaf has announced his plans to retire at the end of 2018 and consequently we are losing the singular voice in the PA general assembly declaring the injustices of the PCRA. Action is now needed from you to inform your state legislators and ensure that the PCRA is corrected. The Green Party of Pennsylvania is calling on you to take action! Please use the resources available on this page to assist in contacting your state legislators and asking them to address the PCRA. You may also use this template letter.