The Greens offer different priorities
By Jarrett Anderson.
Philadelphia City Councilmember Bobby Henon joined the long list of local elected officials who have been convicted of corruption. In 2015, Councilmember Henon was in discussions about renewing an agreement between Comcast and the City of Philadelphia. The agreement would, among other things, increase internet access for low-income Philadelphia residents and students.
One might assume that a City Councilmember would view themselves as a civil servant, but the federal jury’s recent decision in Henon’s case suggests otherwise. Audio and text exchanges revealed that Councilmember Henon had gone to bat, not for his constituents, but for his powerful labor leader friend and campaign donor John Dougherty.

Recently, the following local Democratic elected officials have gone to jail:
Philadelphia has seen so many examples of political corruption in recent years that we wonder if local politicians remember that they are not supposed to work to enrich themselves and their campaign donors—they are supposed to work to advocate for and protect us.
Sadly, corruption is endemic to corporate political parties and political systems that prioritize profit before people.
Councilmember Henon will likely not be the last corporate politician to use his connections and political leverage to benefit his own career and that of the powerful entities that fund his campaign. History shows us that corporate Democrats and Republicans are beholden to their corporate sponsors, not to the people they are meant to represent. The Philadelphia Democratic Party dominates local politics, and yet their elected officials frequently fail to live up to their stated democratic values. Councilmember Henon is just the latest example.
“I am seldom surprised at the rampant corruption within the Philadelphia Democratic Party since the 1970 Abscam investigation sent three Democrats on City Council and two Democrats in the U.S. Congress to jail,” said Chris Robinson, a Green Party member from Ward 59 (Germantown).
“Of course, many questions from the Henon/Dougherty conviction remain open,” Robinson said. “Green Party members would like to know what measures Mayor Jim Kenney (Democrat) will propose to plug the leaks in our city’s ethics laws, and what ethics proposals will appear in the platform of any of the eight Philadelphia Democrats who are often spoken of as candidates for Mayor in 2023? They have all been quite silent.”
Democrats and Republicans have a business-as-usual culture that manifests in their policies, party structure, and how their elected officials conduct themselves in the workplace. Hence, corrupt Henon funnels money to his donors and considers it good economic policy.
In contrast, the Green Party has a grassroots culture that manifests in our policies, party structure, and culture. Green Party policies include campaign finance reform to make elections more fair and democratic, a locally administered universal health care system, and local and regional initiatives in sustainable economic development. Our national party is largely managed, not by untouchable bureaucrats, but by delegates from our state parties that are elected at the state level.
You don’t see Green Party officials indicted for corruption scandals. All this to say, the Green Party is a viable alternative to the two dominant parties.
The Green Party of Philadelphia recently requested that Mayor Kenney nominate our endorsed candidate, Richard Garella, to fill the open position as the minor political party member of the Philadelphia City Commissioners. Garella is eminently qualified and is a champion of election integrity, proven by his involvement in the Election Verification Network and his role as co-founder of Protect Our Vote Philly. Local organizations joined the Greens in our request that Mayor Kenney choose a progressive candidate; instead, he chose a Republican.
Recent local elections point to Philadelphians’ desire to see truly progressive answers to our city’s problems. The Green Party of Philadelphia and many of our endorsed candidates for local office have proposed a variety of solutions to solve inequality and corruption.
We have advocated for a democratically elected civilian review board of the police. We denounced and miliated against the construction of the SEPTA fracked gas power plant in Nicetown. We have proposed community-based land trusts of currently vacant homes to combat housing insecurity. And we joined and supported advocates for housing justice at the James Talib Dean camp in 2020. These examples speak to the Green Party’s priorities.
We invite our neighbors to reject the political corruption of the corporate duopoly and demand that local officials be the type of civil servants our communities need.
Jarrett Anderson is a member of the City Committee of the Green Party of Philadelphia. The Green Party is on Twitter @GreenPartyofPHL and Facebook @GreenPartyOfPhiladelphia. 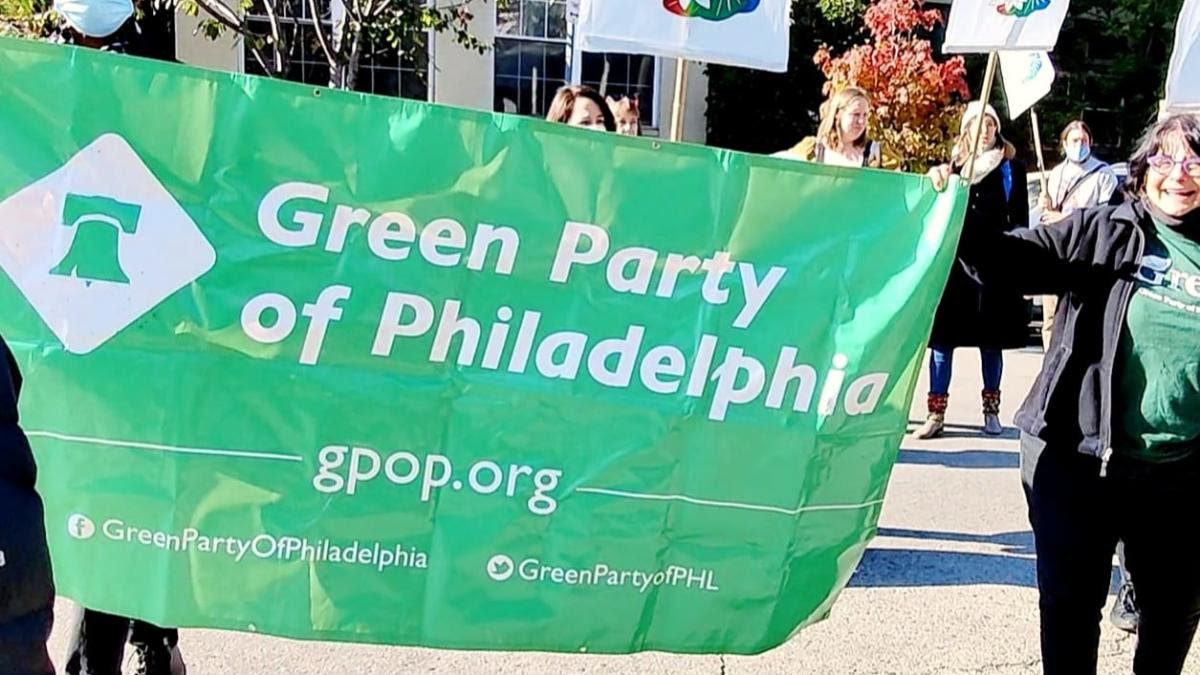