June marks the start of LGBTQ+ Pride Month. Pride Month isn’t just a time of glitter and rainbows. It is, in fact, a time to reflect upon the radical spark that set forth to the modern day queer rights movement.

On June 28th, 1969 the Stonewall Riots erupted out of the indignation with the abuse and hardships queer folk faced on a daily basis. Police brutality, sexual violence, community rejection, homelessness, and poverty were among these issues. Gay rights pioneers like Marsha P. Johnson and Sylvia Rivera were among the first to speak up and take action. Pride Month is also a time to celebrate other achievements, such as when black gay civil rights leader Bayard Rustin organized the March on Washington for Jobs and Freedom in 1963 or when the Green Party of the United States recognized LGBTQI equality in 2000.

Many of those same issues that plagued the queer community in 1960’s persist to this day. Only two US states (California and Illinois) have outlawed the gay panic defense, which basically allows a bigot to claim temporary insanity when beating or killing an LGBT+ person. Some states, like Texas or North Carolina, have gone the extra mile to oppress LGBT+ folk by restricting access to bathrooms and adopting children. This is a load of malarkey. In addition to this, less than half of US States offer protections from discrimination in housing, employment, and from other hate crimes. Sadly, Pennsylvania is not one of the states that offer protections for its LGBT+ citizens. However over 40+ cities, within our state, have passed local ordinances. This includes 5 in Northeastern Pennsylvania (Scranton, Pittston, Dickson City, Wilkes-Barre, and Stroudsburg). I do not believe this is enough though. We need statewide protections and we need it now. Doing so will show it's citizens and the rest of the United States that Pennsylvania stands for basic human dignity.

To put this in perspective, 1 in 4 LGBTQ+ have attempted or thought about taking their own life. This is a very serious issue that does not get talked about, largely in part due to the stigmas around mental health. Trying to curb these matters, are non-profits such as The Trevor Project. This organization works around the clock on suicide prevention efforts among lesbian, gay, bisexual, transgender, and questioning youth. The Trevor Project has a 24/7 crisis hotline at “1-866-488-7386”. 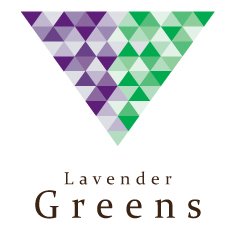 n keeping with the Green Key Values of diversity, social justice and feminism, we support full legal and political equality for all persons, regardless of sex, gender, sexual orientation, or gender identity, characteristics, and expression. You can read more on the Green Platform at www.gp.org/social_justice_2016

Tim Maloney is a queer activist based out of the Wyoming Valley with a blog at maloneyofnepa.com