Have you had trouble changing your PA Voter Registration in the last year? 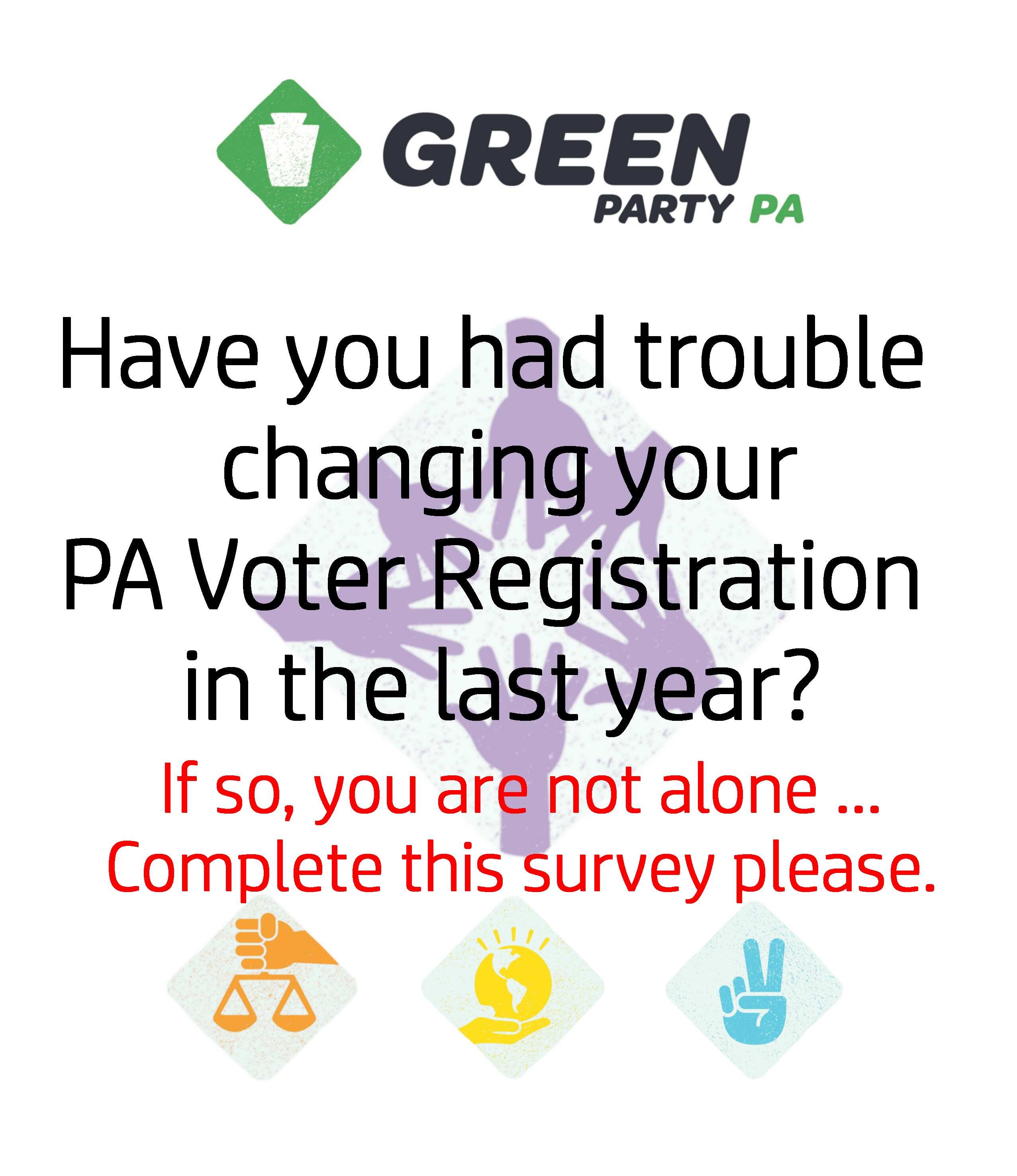 Have you attempted to change your voter registration within the last year?

Have you clearly registered as a specific party, but received the incorrect Party designation returned on your Voter ID?

There is a reasonable suspicion there is a current Statewide problem in Pennsylvania.

The current online voter registration system seems to be causing errors in the registrations of some voters registering around the state.

We have been made aware by several concerned citizens from Pennsylvania who have been returned incorrect and inconsistent voter registration from their initial request.

At first, I thought it would be fixed shortly, but after some asking around - there seems to be no one individual or department working on this resolution.

Give us some detail on your experience, we are building a list of affected PA citizens.

As of the 2016 election - the Green Party of Pennsylvania gained minor Party status - granting us acknowledgement as a recognized minor political party in Pennsylvania.

We (as well as the Libertarian Party) should be listed as a recognized Party option on the online Voter Registration Portal.

These voter issues, combined with possible troublesome redistricting legislation that may be moving forward, are concerning for third parties.

We need to be attentive and forward thinking about this issue, and many others and their long term damage and undue burden on our State Party that has been looked at as an "oversight" or "mistake" by our State.