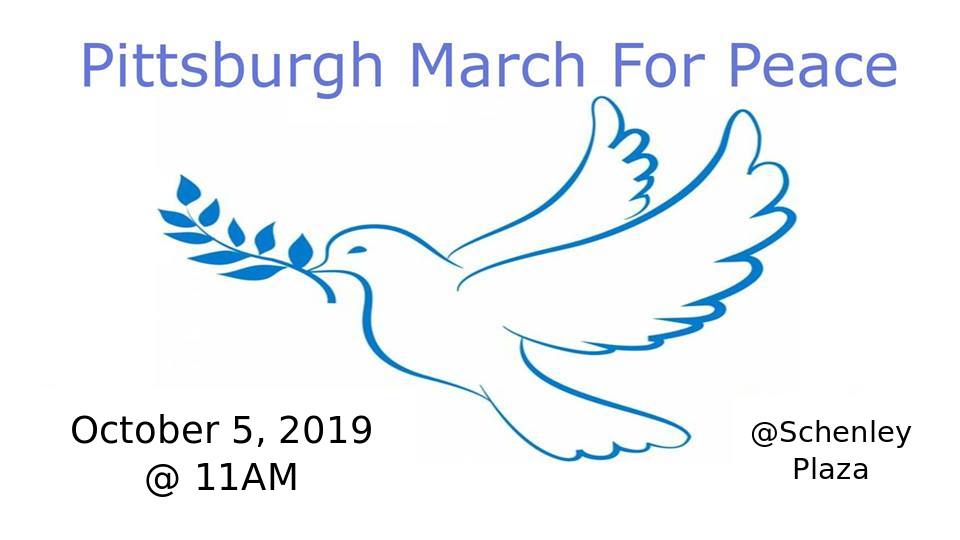 Right now the United States is involved in countless wars that are ruining the lives of people around the globe by promoting violence and the destruction of the natural world. Every year the U.S. government also spends billions of dollars financing these wars at the expense of domestic social and job service projects. And with the military hardware that never gets used, the federal government transfers it to state and local police departments to be used on the domestic population often at times of civil unrest.

Attend the 3rd Annual March For Peace and help us end Pittsburgh's role in the global military industrial complex that exploits so many in the name of profit rich and wealthy.